Per- and Polyfluoroalkyl Substances (PFAS) 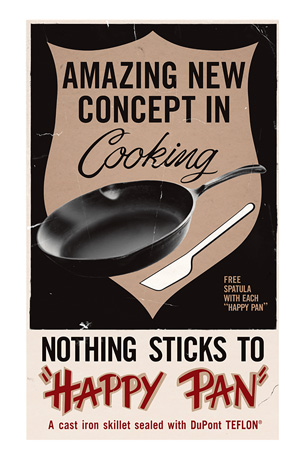 PFAS can occur through the breakdown of products like Teflon®.

Per- and Polyfluoroalkyl Substances (PFAS) are a group of manufactured chemicals used in a wide range of industries and commercial products. The two most common PFAS are perfluorooctanoic acid (also known as PFOA or C8) and perfluorooctane sulfonate (PFOS). PFAS have been in use since the 1940s to make products that are water-, oil-, fire-, stain- or grease-resistant—products like Teflon®, non-stick cookware, stain-resistant carpeting and fire-extinguishing foams.

PFAS are among a group of chemicals that the EPA has labelled “emerging contaminants”—chemicals that may pose or are percieved to pose a threat to human health or the environment. PFAS are of concern because:

In the late 1990s it was discovered that PFOS was present in the blood of a vast majority of the American population. The EPA called a meeting with 3M, the primary manufacturer, who agreed to phase out manufacturing of the chemical and to cease production by the year 2002. PFOA underwent a similar phase-out through an EPA “Stewardship Program” of major manufacturers that saw most emissions and use reduced significantly by the year 2015.

Human exposure may occur through diet, inhalation, or use of products and packaging containing the chemicals. The EPA reports that “fish and fishery products” appear to be a primary source.

Health Effects of Per- and Polyfluoroalkyl Substances (PFAS)

There is a possible link between exposure to PFOS and cancer in humans, according to some epidemiological studies. However, evidence of carcinogenicity is not conclusive and further research is being undertaken by organizations such as the National Toxicology Program and the International Agency for Research on Cancer to determine the carcinogenicity of PFAS.

Water Treatment for Per- and Polyfluoroalkyl Substances (PFAS)

The EPA recommends activated carbon or reverse osmosis for the treatment of perfluorinated chemicals.