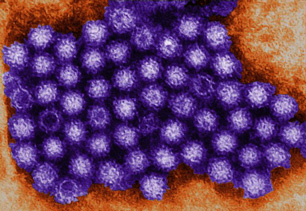 Norovirus is the name of a group of viruses in the Caliciviridae family, named for the original strain, the Norwalk virus, discovered during an outbreak of the disease at an elementary school in Norwalk, OH, in 1968.

Reverse osmosis, nanofiltration and some ultrafiltration systems are the preferred treatment methods, but a variety of disinfection methods may be effective, including chemical oxidation, ultraviolet, distillation, etc. Note that noroviruses have survived in water with up to 10 parts per million (ppm) chlorine, well above public drinking water levels.