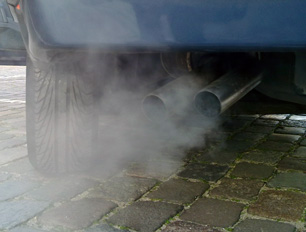 Exposure to methanol is common through car exhaust.

Methanol is a naturally occurring volatile organic chemical found in trace amounts in fresh fruits, vegetables and throughout the human body. It's used industrially as a solvent, paint remover, antifreeze in gasolines, and in pharmaceuticals. It's also found in some fracturing fluids used by the natural gas industry for hydraulic fracturing (also known as “fracking”).

Although human exposure to methanol is common through inhalation of car exhaust and is widespread in occupational exposure, the Hazardous Substances Data Bank reports that the general population may be exposed through drinking water ingestion and that “ingestion dominates as the most frequent route of poisoning.”

According to the HSDB, “humans and non-human primates are uniquely sensitive to the toxic effects of methanol,” which include skin irritation, vision problems and, according to the EPA, neurological damage in the form of permanent motor dysfunction. Although it is not considered a carcinogen, long term exposure can lead to a number of vision problems, including blindness.

According to a study carried out for the American Methanol Institute, common water treatment methods are ineffective:

Instead, the report recommends ozonation with ultraviolet light or “biological treatment processes.” Luckily, methanol biodegrades rapidly, and is generally not expected to be present in water.