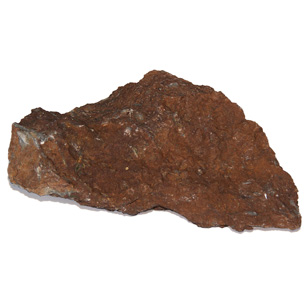 Iron in its various forms is one of the most persistent and troublesome challenges in water treatment.

Each of these can exist alone or in combination with other forms.

Another iron issue is so-called “colloidal iron,” which refers to iron that exists in extremely small particles that, because of their electrical charge, do not clump together to make them filterable. Colloidal iron often appears as a persistent yellow/orange color that will not settle out of the water. Complete removal may require addition of an agent such as alum to cause clumping together of small partricles to a filterable size. Often final filtration down to one micron is required.

Certain bacteria feed on iron as an energy source. They oxidize the ferrous iron to its ferric state and deposit it in a slime gel with which they surround themselves. These bacteria grow in stringy clumps and are found in some but not all waters that bear ferrous iron.

Iron is typically regarded as an aesthetic rather than a health issue. In general, if it is present at a level of 0.3 parts per million or more it will create problems with residential or industrial water.

Under the right conditions, ferrous iron can be removed by ion exchange (a water softener) or by oxidizing it to ferric iron then removing it with mechanical filtration. Ferrous iron “can be removed with a softener provided it is less that 0.5 ppm for each grain of hardness and the pH of the water is greater than 6.8.” (The Enting Corporation Engineering Handbook. Not everyone would agree.) Generally, it is accepted that about 5 ppm fe is the upper limit for removal with a water softener. Ferrous iron is most commonly removed by oxidation (with air, ozone, potassium permanganate, chorine, or hydrogen peroxide) and filtration. This is a tricky process at times and different filter media are pH dependent at different levels. Some media (Filox, Birm, Greensand) can act as both oxidizer and filter if conditions (pH and dissolved oxygen, for example) are right.

Ferric iron cannot be removed by a water softener, but it can be removed readily by filtration—even with a simple wound string filter, although backwashing filters are most commonly used because iron stops up conventional sediment filters quickly unless the amount is very small.

Heme iron can be removed by a scavenger anion resin or by oxidation with chlorine followed by mechanical filtration.

When iron bacteria are present, the standard treatment is chlorination followed by filtration.