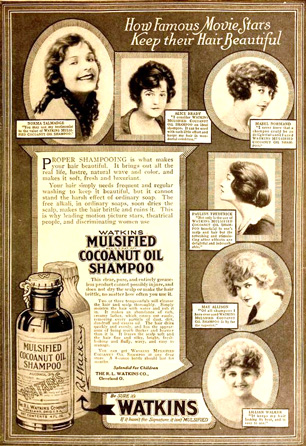 EDTA is often present in personal care products like shampoos.

Edetic acid (also known as Ethylenediaminetetraacetic acid, or simply EDTA) is a chemical with a wide range of uses in industry, agriculture and commercial products, as a means of sequestering metals. It's used in medicine, as a food preservative, and in household cleaning chemicals and personal care products like shampoos, soaps and lotions.

The World Health Organization reports that although most uses of EDTA will result in its arrival in water, human exposure is likely to be at levels “very small in comparison to exposure from other sources” such as food and personal products, and it is generally not a water treatment concern.

EDTA is of low acute toxicity. Animal studies have shown symptoms of long term exposure including slowed growth rates, blood changes, dental erosion and reproductive problems. There is also some concern that exposure to high levels may limit exposure to metals such as zinc that are essential to human health, though this would require levels of EDTA far above what is expected in the environment.

… elimination of EDTA by different treatment methods of drinking-water is negligible, including filtration on activated carbon. The most effective elimination is by ozonation.