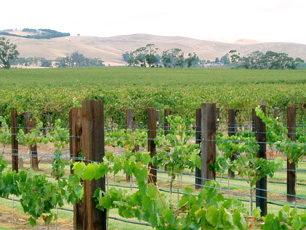 Diuron is commonly used in vineyards and orchards.

Diuron (also known as DCMU or by its chemical name, 3-(3,4-dichlorophenyl)-1,1-dimethylurea) is an herbicide that works by stopping photosynthesis in broadleaf and grassy weeds. It's used on a wide range of crops and along roadways and other rights-of-way. It's most commonly used for spot treatment of nonagricultural lands, vineyards and orchards.

Diuron can arrive in water through agricultural runoff, and can remain in the environment for quite a while. One source reports a half-life as long as 500 days.

Diuron is classified by the EPA as “known/likely” human carcinogen, but is only slightly toxic with acute exposure. Animal studies of chronic exposure have shown effects on the blood, spleen and bone marrow.

According to Lenntech, diuron can be treated efficiently with activated carbon.