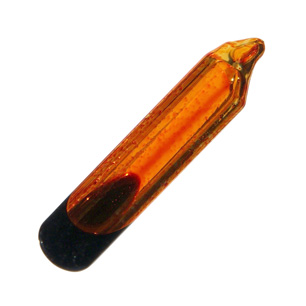 Bromine is a chemical element of the halogen group, which includes fluorine, chlorine, iodine and astatine. Bromide is an anion of bromine, commonly found in trace amounts as salt in sea-water, along with sodium chloride (common table salt). Humans are often exposed to bromide through foods, including nuts, grains and sea-food. Bromide compounds, notably sodium bromide, were once used as sedatives and in the treatment of convulsions.

Although it is not typically a water treatment concern on its own, small amounts of bromide can be involved in chemical reactions that produce undesirable byproducts, during water chlorination (trihalomethanes, haloacetic acids) or ozonation (bromate).

Bromide is of low acute toxicity. The World Health Organization reports that it may even have some benefit to human health: limited studies have shown a link between bromide deficiencies and insomnia in hemodialysis patients.

Large amounts of bromide can cause poisoning, with symptoms including nausea, vomiting, abdominal pain, coma and paralysis. Chronic exposure to bromide can cause bromism, a condition with symptoms including neurological effects (restlessness, irritability, ataxia, confusion, hallucinations, psychosis, weakness, stupor, and coma), skin rashes and gastrointestinal problems.

Bromide may be treated with reverse osmosis, with a removal rate of around 95%. It can also treated with activated carbon, ultrafiltration, and dialysis.