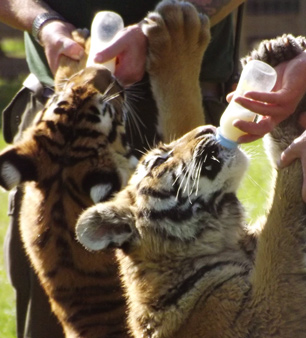 Bisphenol A (BPA) is a chemical compound used in the manufacture of polycarbonate plastics and epoxy resins. Polycarbonate plastics are used in a vast range of consumer products, including food containers, water bottles, appliances and tablewear, among other common consumer goods. Epoxy resins are used to coat metals, protecting them from corrosion, and can be found as the inner lining in many canned goods and water piping.

BPA breaks down in surface water within a few days. Although drinking water is a possible source of exposure to BPA, the primary source of human exposure is through consumption of food and beverages that have been packaged, stored or served in polycarbonate plastics. Polycarbonate plastics are very durable, but BPA can leech if the packaging is old or has been heated to high temperatures. Infants and children are expected to have higher rates of exposure to BPA due to larger amounts of consumption (of things like canned baby formula) versus smaller body weights.

Health Effects of Bisphenol A (BPA)

The primary health concern surrounding BPA is that it acts as a weak estrogen, and could potentially cause developmental, reproductive, and systemic changes in people — children especially — who are exposed.

It's worth noting that upon ingestion, nearly all BPA that enters the body is metabolized by the intestines and liver into BPA-glucuronide, a non-hormonal chemical that is quickly removed through urination. Regulatory guidelines take this into account and require that official studies use ingestion — the most likely route of exposure — rather than other forms of administration. These studies have shown that relatively large amounts of BPA — well above normal exposure levels from food packaging — can be administered before any effects are observed.

Much of the controversy surrounding BPA stems from the sometimes vast differences in results between these large regulatory studies and those in which the chemical is injected directly into the blood-stream, bypassing the digestive system. These studies show developmental and reproductive effects at much lower levels.

Still, despite a great number of studies both large and small, the long-term health effects of routine low-level exposure to BPA are largely unknown. There is so far no evidence that it is carcinogenic, and most agencies resposible for regulating the use of such chemicals have concluded that current low levels of exposure are safe — although some countries have enacted precautionary bans on the use of BPA in baby bottles and formula packaging.

Water Treatment for Bisphenol A (BPA)

There is no recommended water treatment for BPA. Exposure can be reduced by avoiding polycarbonate food packaging — recycling label #7 — and canned goods, especially those that have been heated up.