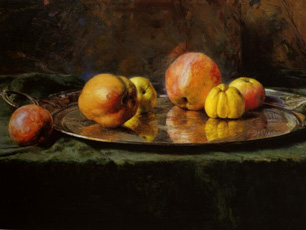 OPP is used to sanitize fruits and vegetables, and surfaces in many environments.

2-Phenylphenol (also known as orthophenylphenol or OPP) is a chemical used as a microbicide to control bacteria and viruses, to sanitize fruits, vegetables and eggs, and as a surface disinfectant in hospitals, animal farms, and commercial environments.

2-Phenylphenol is classified by the World Health Organization as being “readily biodegradable,” and is expected to be found in water only at levels well below its observed toxic and carcinogenic effects.

2-Phenylphenol is of low acute toxicity, causing symptoms of skin irritation in humans. Animal studies have shown long-term effects on the urinary bladder and liver, and it is a potential carcinogen at high levels.

The EPA classifies OPP as being both “likely” and “not likely” to be carcinogenic to humans, depending on the dosage. A joint meeting between the United Nations Food and Agriculture Organization and the World Health Organization determined that it is “unlikely to represent a carcinogenic risk to humans”

According to the EPA, 2-Phenylphenol may be treated with activated carbon.